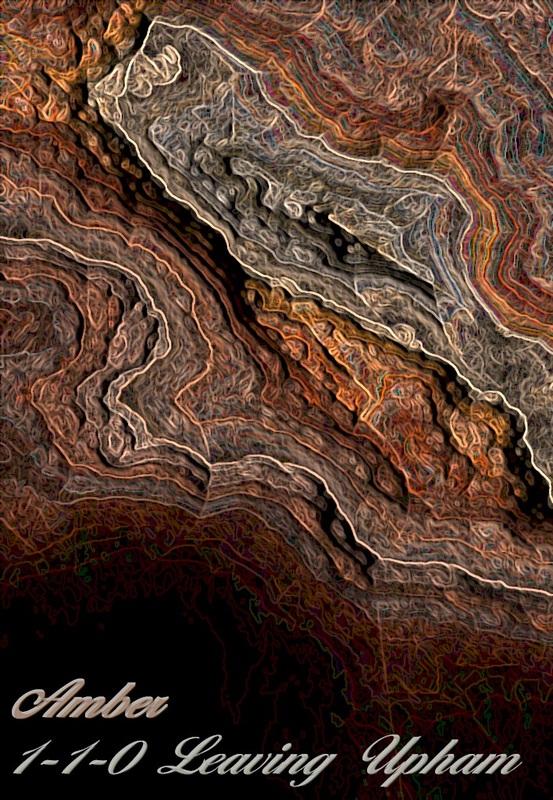 Gene Patrick could see it from the roof of the Vehicle Assembly Building at the SpacePort in Upham, New Mexico. He could hear it too, the dropping of California into the Pacific. It took quite a while longer than had been predicted.

So much dust in the air already, the air noticeably cooler, repeated aftershocks as far east as where he stood, who knew how much further beyond?

He'd come up onto the roof for a peaceful cigarette as the crowds outside clamoured for entry to the facility, re-igniting the fires of frenzied begging and bargaining from the crowd as if there was any way to get them off the planet.

He finished his smoke, carefully crushing it out on the flat roof, took a final look at the crowds below, a long stare up through the clouds of dust, where it was still possible to see the elevator's end on a clear day, the pod at its top normally visible with good binoculars.

He was happy his family had preceded him, was already at the Lagrange point, waiting.

He locked the roof access door behind him, went down the inner stairs, the steel rail humming from the demise of California.

The dog followed him into the radio room, and Cmdr. Patrick scratched the animal's ears affectionately as he hit the button to speak.

He had to wait a second or two before he got a reply.

"Bringing in the dog and coming up the ladder, General, tell Danny ETD two-three minutes."

Lovasso seemed to know not to ask about "Mercy".

Patrick held back a long sigh. "General Battle, all is prepped for activation on decoupling."

"Roger that, Gene. Battle out." Patrick had a sense Battle wasn't too pleased with Lovasso.

There was a pause as Lt. Cmdr. Lovasso formulated his next question. "Anything big go down yet?"

Patrick looked at Lobo, then lied through his teeth. "Nothing I can see, Danny, but it's coming." Patrick figured Danny didn't need to know his family in Pasadena had just gone into the Pacific.

After all, Danny was the guy who had to get Gene Patrick and Lobo to L5.

He grabbed his duffel bag, took out a small hammer, picked up Lobo, then secured the bag and dog inside the high-speed Small Load Lifter, the punctuation mark at the end of the mission.

He strolled over to the large blue button behind the glass shield, smashed the glass with the hammer, activated the transceiver, and walked back to the Lifter.

Inside, he donned his suit, bundled the uncooperative Lobo into the special animal rig they'd devised for pets and livestock, checked the air in both units, and strapped them both in.

He checked the comms again with Lovasso, and they stepped through the pre-launch checklist for the 320th and last time.

He pressed the activator for the huge roof-opening mechanism, watched it open to the wide, dusty sky above.

Lovasso's tension level had dropped a bit, an air of resignation in his voice. "Anytime, Commander."

Patrick looked at Lobo and smiled. "We're on our way, Danny."

He pressed the launch button, and the last human being and dog to leave Earth began to accelerate up the space elevator.

When the journey ended in the weightless-state of geosynchronous orbit, Patrick looked back on the once-blue jewel of Earth and asked for clearance to jettison the connector.

"You are cleared." Danny sounded like he'd caught a glimpse of where California should have been.

Patrick hit the release button, and his last tether to Earth disappeared to his left.

Danny hated the sound of it. "Yes, Sir."

Patrick hit the button without hesitation.

The mushroom clouds were quite visible, and the effect on the Space Elevator was instantaneous, pulling the tethering point back down into the atmosphere.

Lobo was asleep in his suit, dreaming of grass, trees, streams and small animals.