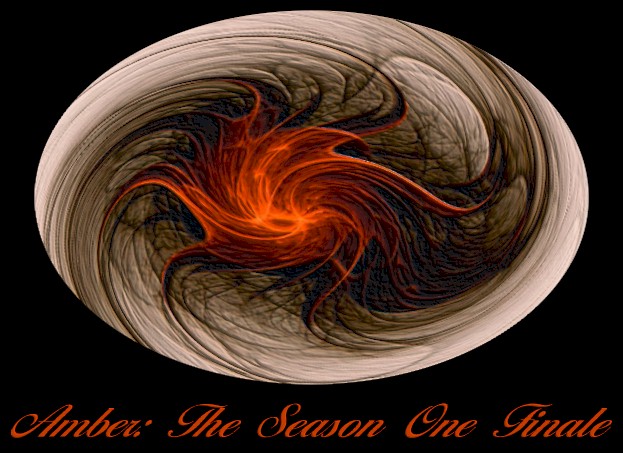 Three hours had passed since their lovemaking had subsided and sleep had come, dark and warm, a black quilt to sink into.

Rails murmured in her sleep, and rolled back into Aggie's arms. The urgent sense of getting going had dissipated.

She opened her eyes a few moments later, to find Aggie looking off into some distant part of the room.

Lori had enjoyed the lovemaking. "Remembering?"

It took Lori a minute to realize they were back in a planning meeting. "Ah, yes, the plan."

Aggie nodded. "Remember when Wally got back, he said the seal that messed up was on 320?"

Lori nodded in turn. "Yep, it was the last connector to that strut."

Aggie absorbed the new data. "Yeah, and the struts rotate with pods & the core. I'm trying to remember the layout. I'm not sure, but I *think* 320 is beside the strut that comes out beside Little Gvotia."

Lori tried not to sound negative. "You don't think we can walk down there & get in?"

Aggie shook her head. "No, the Gvot seal everything off. But ... on every level, there are outer wall bulkheads, right? One in each arc? Eight per level?"

Lori was starting to get it. "Yeah, that much I know. Plus then there are two small hatches into the Joffrey Tubes, one on each side of the airlock."

Aggie sat up straighter, resigned to the horrors ahead. "Ok, so we pop the hatch on 320, we pull ourselves along the outside of the strut to the emergency airlock in Little Gvotia and go in through the Joffrey Tubes."

Lori wanted to hold her head in her hands. "I hate it when we're right sometimes." She brightened. "We don't have suits, though."

Aggie leaned in and bit gently on Lori's shoulder. "But we know someone who does."

Aggie shook her head. "We tell her the four-one-one on it."

"Gosh, why didn't I think of that?" Lori sounded less than thrilled.

"No one said this would be easy." Aggie lay back down on the bed.

Aggie nodded as best she could on the pillow. "I know."

Lori placed her hands one atop the other above Aggie's breasts and laid her head sideways. "Four by six-hundred plus crew, 2500 people dead in one place."

Aggie looked away. "I know."

"Together we can do anything, you know."

Aggie got her smile back. "I know."

"I love you too, Lorianne."

The suggestion took Aggie by surprise. She was going to suggest it herself. Agnes Brooks suspected Hilary Erhard thought Rails was a beautiful airhead but she'd also intercepted enough glances at Lori's butt to know that Erhard nursed fantasies of her own.

"Why you?" Aggie genuinely wanted to know.

Lori smiled. "She wants to tip my velvet, so she'll turn me down and use it as an excuse to hit on me if we're alone."  She shifted and placed her chin on top of her hands. "Then you come in and ask and be all serious and professional & she'll say yes."

Aggie laughed, a welcome release of tension. "Why? She's okay if I *die*?"

Lori grinned. "No, she likes you a lot actually. She just thinks you're the top."

Aggie was still laughing. "Everyone does, I think."

Lori's smile vanished as Aggie sat up. "Considering it's Leon & Suzannne ... if it comes up ... " She turned her blue eyes on Aggie's.

Aggie looked bleak. "It won't come to that."

Aggie sighed. "If it comes down to us versus them, it's us."

Lori managed a smile as their eyes met in the mirror.